EU-SysFlex blog: EU-SysFlex project is testing what is legally required in German grids for 2021 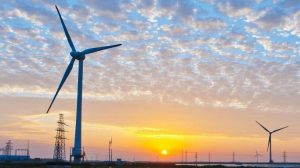 Germany’s law demands a new process to integrate renewable energy resources in the redispatch process for solving congestion in the transmission and distribution grids. Such a process is already being tested by innogy and MITNETZ STROM in the German demonstrator of EU-SysFlex.

A change in the German law, including significant modifications related to the congestion management process, has recently been passed as NABEG 2.0 (Netzausbaubeschleunigungsgesetz or Grid Expansion Acceleration Act). These changes require an adaption of the redispatch process. The goal is to ensure the use of the most effective and most cost-efficient flexibility to solve congestions.

Today’s process was established to use conventional energy sources (CES) for congestion management in the transmission grid, as shown in Figure 1. However, the flexibility available from CES is often not enough to cover the additional needs from both transmission and distribution grids. Therefore, the inclusion of renewable energy sources (RES), which are mostly connected to the distribution grid, becomes necessary for the process. The law requires the new process of RES integration into the redispatching to be in place on 01.10.2021.

Until now, RES can only be curtailed in a real-time emergency measure to prevent congestions due to insufficient flexibilities from CES. Hence, RES are currently not included in a schedule-based congestion management process. This already causes problems today as the flexibility potential of CES is reaching its limits and more and more often it is not enough to solve congestion. Therefore, many times RES have to be curtailed as a short‑term emergency measure.

Within the EU-SysFlex project, innogy and MITNETZ STROM are working together on a German demonstrator which shows how flexibilities from distributed energy resources (DER) can be used for congestion management for both the distribution and the transmission grid. The currently implemented demonstrator and its planned field-test are testing the integration of RES connected to the distribution grid into a schedule-based redispatch process in order to solve congestions in the distribution grid and support the congestion management in the transmission grid. The main difference with the status-quo process, where RES are curtailed as an emergency measure close to real time, is the integration of the distribution system operator (DSO) and flexibilities connected to its grid in the whole planning process starting after day-ahead-energy-exchange gate closure. In cooperation with the transmission system operator, 50Hertz, this process will be integrated in the German and the European redispatch process for EU-SysFlex field tests.

The designed process, as shown in Figure 2, is as follows: First, congestions in the distribution grid are managed by the DSO, and then the remaining flexibility potentials of active power are forwarded to the Transmission System Operator (TSO). The TSO calculates the status of its grid and requests the necessary flexibilities from the DSO for the German and the European redispatch process. In case of flexibility requests, the DSO breaks the flexibility call down on individual plants and gives the instructions to the appropriate plants for respective schedule adjustments. Due to potential forecast deviations, a continuous intraday process for active power flexibilities is set up in addition to the described day-ahead process.

The legal changes in the NABEG 2.0 are in line with the ambitions and field test of EU-SysFlex  and the principles designed in the German EU-SysFlex demonstrator are a perfect basis for the newly demanded process of the NABEG law. In both cases the priority of flexibility use is defined in a way that gives the downstream system operator (SO) first priority to use flexibilities in its own grid for its purposes, before enabling the remaining flexibility for the upstream SO. The German demonstrator will be concluded while regulatory framework is in adaption mode in order to implement the new scope of process and all stakeholders involved. It shows that the objectives of the demonstrator are acknowledged by the National Regulatory Authority. Due to the research character of the system developed in EU-SysFlex, an additional technology provider has to build up the operational system. This can be done based on the experience from the EU-SysFlex research system field test. The German demonstration, as part of EU-SysFlex, gained a high level of knowledge and experience in feasible solutions to tackle future-proof TSO-DSO coordination, so that this expertise is used in the current data exchange design process to implement the new NABEG law and use flexibilities more efficiently across DSOs and TSOs.

innogy SE is a leading German energy company, with revenue of around €37 billion (2018) and around 43,000 employees. With its three business segments Renewables, Grid & Infrastructure and Retail, innogy addresses the requirements of a modern, decarbonised, decentralised and digital energy world. Its activities focus on its about 22 million customers, and on offering them innovative and sustainable products and services which enable them to use energy more efficiently and improve their quality of life. The key markets are Germany, the United Kingdom, the Netherlands and Belgium, as well as several countries in Central Eastern and South Eastern Europe, especially the Czech Republic, Hungary and Poland. In renewable power generation, the company is also active in other regions, e.g. Spain, Italy and the USA, with a total capacity of 4.0 gigawatts. As a leader of innovation in future-oriented fields like eMobility, we are represented in the international hot-spots of the technology industry such as Silicon Valley, Tel Aviv and Berlin. We combine the extensive expertise of our energy technicians and engineers with digital technology partners, from start-ups to major corporates.

MITNETZ STROM is the company Mitteldeutsche Netzgesellschaft Strom mbH (MITNETZ STROM) with headquarters at Kabelsketal is a one hundred per cent subsidiary of envia Mitteldeutsche Energie AG (enviaM). As the largest regional network operator in Eastern Germany, MITNETZ STROM is among other things responsible for planning, operation and marketing of the enviaM power grid. The distribution network for which MITNETZ STROM is responsible is around 74,000 kilometres long and extends over sections of the states of Brandenburg, Saxony, Saxony-Anhalt and Thuringia.

Disclaimer: blog entries reflect individual views of the author(s) that may not reflect official positions or communication of the project / project consortium.