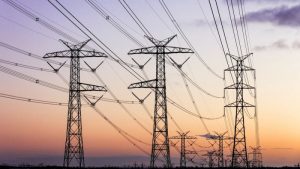 Fifty percent of the EU’s electricity will have to come from renewable energy sources by 2030 but the issue is more than just a matter of building more solar panels and wind turbines. The structure of Europe’s power grid will have to change.

According to new EU rules for the next decade, the bloc will have to get 32% of total energy from renewable energy by 2030 and make sure 14% of transport’s needs are from clean energy sources.

The EU is currently on track to hit a 20% overall target set for next year and despite a slowdown in global renewable investments, the amount of clean electricity behind the plug is likely to top 50% by 2030.

But the European power grid cannot handle that much power in its current form and major work, both structural and administrative, will have to be completed in the coming years if the targets are to be met.

That is why ongoing Horizon 2020-funded project EU-SysFlex set out to address those challenges, using a war chest of €26.5 million to identify the future energy system’s needs by building seven demonstration projects across Europe.

On 13 May, heads of various projects met in Brussels to share how their work is progressing and what has been learned so far,…read more.