“The key word is flexibility”. A DSO perspective on EU-SysFlex by EDP Distribuição CEO João Torres 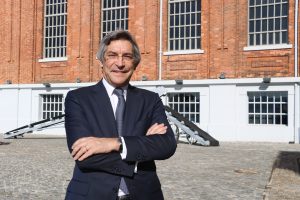 Within EU-SysFlex we focus on the interactions between distribution and transmission system operators and on empowering consumers, said João Torres, CEO of EDP Distribuição (EDP Distribution) for EU-SysFlex’s website. EDP hosted EU-SysFlex’s second General Assembly in Lisbon, Portugal. Its participation underlines EU-SysFlex’s unique variety in both the geographical coverage and stakeholder involvement.

What is EDP Distribution’s core business?

We are Portugal’s main distribution system operator (DSO) with six million customers connected to the grid.

What is the share of renewables in EDP Distribution’s grids?

In Portugal, 95 percent of renewable energy installations are connected to the distribution grids. We did a lot of work in integrating these renewables and – at the same time – not only preserving the quality of the service, but even increasing it. We have been integrating renewables from different power generation companies, including those of EDP Produção (EDP Production), which is also one of the members of the EU-SysFlex consortium.

What is your role in EU-SysFlex?

EDP Distribution is engaged in the project together with other EDP companies. Within EU-SysFlex, we focus on developing the role of DSOs, especially the interactions between transmission system operators (TSOs) and DSOs when integrating renewables. The biggest part of renewables, especially wind, is connected to distribution companies. And, of course, we work on the role of customers in the energy transition. They want to be much more empowered and DSOs are close to them.

What is the biggest challenge in integrating more renewables in the grids?

The market is changing with new actors coming in. DSOs and TSOs have to manage the grid with new challenges including electromobility, microgeneration and storage.

They key word of this project is flexibility. As the generation changes on one side and the demand changes on the other side, we need to find the right flexibility in order for the sector to move to a greater engagement with the consumers. And we need to keep the lights on with much greener generation connected to the grids. EU-SysFlex will look at all the challenges.

What is the most important highlight of EU-SysFlex’s first year?

There were good developments the last year. We are now aligned and moving to a deeper reflection, especially on the flexibility issues and interactions between DSOs and TSOs.

Want to learn more about EU-SysFlex?