EU-SysFlex would like to invite you to a webinar on Task 3.4 on the topic of ‘Impact analysis of market and regulatory options through advanced power system and market modelling studies’. This task involved modelling different operational timeframes, and quantitatively analysing how market and product designs of systems services play out in different power system configurations: distribution vs. transmission level, isolated vs. interconnected, lightly-loaded vs. congested grids, etc.

EU-SysFlex is a Horizon 2020 project aimed at identifying the long-term needs as well as the technical scarcities of the future power system. The objective of the project is to create a long-term roadmap for large-scale integration of renewable energy in electricity grids as well as provide practical assistance to power system operators across Europe. The project team is working on identifying improvements to European market design, regulation, operational practices and enhanced system tools. EU-SysFlex is a project made up of a pan-European consortium, crossing the industry spectrum from TSOs, DSOs, technology providers and consultants as well as research and academic institutes from 34 organisations across 15 European countries. 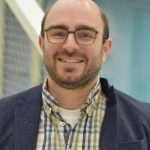 Hanspeter Höschle received the Diplom degree in business engineering in 2012 from the Karlsruhe Institute of Technology, Germany. In 2018, he obtained a Ph.D. degree at the KU Leuven and EnergyVille, Belgium, working on power system economics and the modelling of electricity markets, in particular capacity mechanisms. Since 2018, he is a researcher on energy markets at the Energy Technology department of VITO and EnergyVille. He works on dedicated market models capturing specific characteristics of future energy markets and power systems. This includes the impact of decentralized generation capacities, flexible loads, storage and interconnection capacities. He is WP3 leader of the EU-SysFlex project and was involved in Task 3.4 on the topic of technology neutrality of service markets. 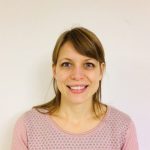 Gwen Willeghems graduated with a master in Bio-science Engineering, specialization ‘Environmental Technology’, from KU Leuven in 2005. She then enrolled in the International Master in Rural Development and studied at Ghent University and Agrocampus Rennes in the period 2005-2007. She worked abroad for several years at UN WOMEN and the Delegation of the European Union. In 2012, she returned to Belgium to pursue her PhD study at Ghent University, titled ‘Incorporating market effect in decision-support models for environmental policies’. In October 2018, she joined VITO and EnergyVille as a researcher in the Energy Technology department. She is mainly involved in research on energy market designs and modelling of energy systems. She was involved in the EU-SysFlex project Task 3.2 and Task 3.4 on the topic of technology neutrality of service markets.

Erik Delarue obtained the MSc in Mechanical Engineering in 2005, and the PhD degree in Mechanical Engineering in 2009, both from KU Leuven. From December, 2009, till December, 2010, he was part-time employed as post-doctoral researcher at the Florence School of Regulation, EUI, Florence, Italy. He has been a research fellow of the Research Foundation – Flanders (FWO) at KU Leuven from 2010 till 2016. He has been visiting researcher at MIT in both 2008 and 2014. As of October 2015, Erik is professor at the division of Applied Mechanics and Energy Conversion (TME) of the Department of Mechanical Engineering at KU Leuven, and active in EnergyVille. His research group is focusing on the modeling of energy systems. A major strength of the group is its interdisciplinary focus (techno-economic models, link to energy markets and policies). He is active in the EERA joint program on Energy Systems Integration and member of the IAEE and IEEE. KU Leuven is task leader of Task 3.4 in the EU-SysFlex project. 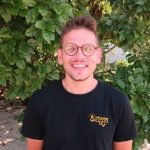 Arne van Stiphout is an energy engineer with a focus on energy policy and governance. He obtained a MSc in Electrical Engineering from KU Leuven and INP Grenoble in 2012, and a PhD in Energy Engineering from KU Leuven in 2017. During his PhD, he studied the role of operational flexibility in the integration of renewable energy and its impact on long-term investment planning. He went on to study multi-energy systems as a postdoctoral researcher at EnergyVille. In 2019, he obtained a MSc in Global Governance & Ethics from University College London, during which he studied the political economy of sustainability transitions, focusing on energy policy in Myanmar. Currently, he is Program Manager for Mee Panyar, a Myanmar-based social enterprise working on energy access and capacity building through renewable mini-grids. He is also a part-time post-doctoral researcher at KU Leuven, working on power system model development with a focus on power system reliability. In this role, he was involved as task leader of Task 3.4 of the EU-Sysflex project. Arne is also co-founder of Carbon+Alt+Delete, a climate change-focused non-profit. 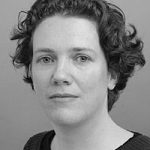 Ciara O’Dwyer is a senior power systems researcher at University College Dublin. Ciara graduated from UCD with a BE in Mechanical Engineering in 1996. She spent the following years working in the semiconductor industry, returning to UCD to complete an ME in Energy Systems in 2011. Ciara completed her PhD at UCD in 2016. Her research interests include power system modelling, energy storage and demand response. She has worked on a number of Horizon 2020 projects, including EUSysFlex, RealValue, which investigated the role of smart small-scale thermal storage within future European energy systems, and Spine, which is creating an open source toolbox for modelling integrated energy systems. 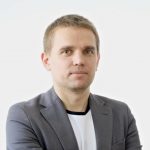 Marcin Jakubek holds a Ph.D. in economics, and M.Sc. in informatics and mathematics from University of Warsaw. He has been working for the Interdisciplinary Division for Energy Analyses in National Centre for Nuclear Research since 2012, where he has been involved in projects related to market design and simulation, zonal division (ENTSO-E’s First Bidding Zone Review), flow-based capacity calculation, coordination of remedial actions, and demand-side response. He works also as an adjunct in Institute of Economic Sciences, Polish Academy of Sciences, where his main fields of interest are the concept of relative deprivation and inequality measures. He has published over a dozen articles in peer-reviewed economic journals. 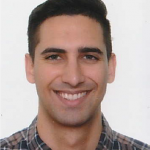 Endika Urresti received his M.Sc.Eng. and his B.Eng. in Industrial Engineering with the Electrical Engineering specialization at the Universidad Politécnica de Madrid. He is lead engineer and researcher at the National Centre for Nuclear Research (NCBJ), the largest research institute in Poland, at the Interdisciplinary Division for Energy Analyses (IDEA) and is the leader of the NCBJ’s tasks at the EU-SysFlex project. His main field of interest is optimization modelling applied to power systems and energy markets. Among others, transmission expansion planning, market power mitigation, balancing market solutions, power system stability analysis, etc. 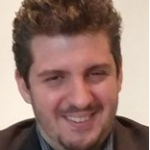 Dr Dimitrios Papadaskalopoulos is a Research Fellow in Decentralised Energy Systems at the Control and Power research group in Imperial College London, U.K. His work focuses on mathematical modeling, analysis and optimisation of electricity markets, including assessment of the role and value of flexible demand and storage technologies, as well as the development of market designs and regulatory frameworks facilitating cost effective integration to the low carbon future. He has co-authored over 50 research papers in peer-reviewed international journals and conferences, and he has been involved in over 20 U.K., European and international research and consultancy projects conducted in close collaboration with the energy industry, governments and regulators. In Task 3.4 of the EU-SysFlex project, he has been leading the topic of market power in future electricity systems. 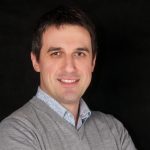 Michał Kłos holds a master’s degree in physics from the Jagiellonian University in Krakow. Since 2012 he has been working for the National Centre for Nuclear Research, cooperating mainly with the Transmission System Operators. His area of interest includes market design, market simulation, operations research and data exploration. Among his key contributions there are: creating a clustering algorithm used in the First Bidding Zone Review by ENTSO-E, designing optimization engine for the Polish Emergency Demand Response Program, designing the modeling chain and managing the inter-TSOs long-term market study based on Flow-Based Market Coupling and providing analytical background and solutions for implementation of cost sharing of Redispatching and Counter-Trading in CCR CORE.