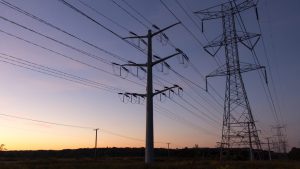 An integrated electricity market, with more grid interconnections and storage solutions “of all types” are at the centre of EU plans to build a more resilient electricity system able to deal with growing shares of variable wind and solar power.

From around 30% currently, renewables will have to reach “53-54%” of the EU’s electricity mix in order to meet the new 2030 objective, he told a EURACTIV event earlier this month.

The EU’s updated renewable energy directive entered into force only a year ago. However, those targets already appear largely outdated now.

Meanwhile, climate strikes have swept through Europe, and a “green wave” hit the European Parliament following the May elections. A new EU executive was sworn in a few months later, pledging to turn Europe into the first “climate neutral” continent in the world by 2050.

And that will require revisiting the renewable energy directive once again in order to ramp up wind and solar even further.

“We will need a lot more renewable electricity,” van Steen said, citing EU projections showing that electricity will have to be “around 80%” based on renewables in order to reach the 2050 goal…read more