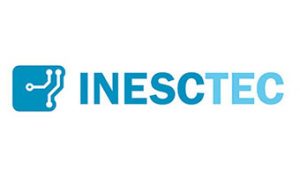 The Centre for Power and Energy Systems (CPES) is INESC TEC’s main actor in the areas of electrical
energy. The Unit employs close to 66 collaborators, including 23 PhD holders. It is internationally
recognised for its expertise in problems relating to the integration of renewable energy in power
systems, distributed generation and smartgrids, the areas traditionally associated with planning and
operating power systems. The high level of expertise developed has allowed specialists at CPES to
take on key roles in important EU projects as part of the successive framework programmes that led
to notable scientific and technical advances with considerable impact on industry. This has led to
contracts for development and consultancy with companies manufacturing equipment, generation,
system operators in the transmission and distribution areas, regulators, government agencies and
investors in Europe, South America, the United States of America and Africa.

Main Task within the EU-SysFlex project

In previous National and FP6-FP7 European Projects, INESC TEC developed and demonstrated
software for energy resources and grid management in real-environment and up to TRL 5/6. The role
in this project is to increase the TRL of previous developments by fully integrating the developed
solutions in the daily processes of the end-user through improving its scalability and replicability.
INESC TEC will bring the following competences to the project:

Person in charge of the project: Bernardo Silva