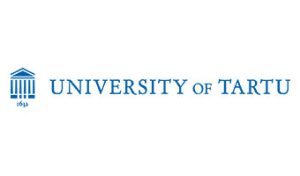 The University of Tartu (UT), founded in 1632 by King Gustav II Adolf of Sweden, is the leading
institution of higher education and research in the Baltic countries and belongs to the top 3% of the world’s best universities. Renowned scientists Wilhelm Ostwald (Novelist and founder of physical chemistry), Karl Ernst von Baer (founder of embryology), and many others studied and taught here. With more than 13,500 students and 1,700 academic staff members organised into 4 faculties and 2 colleges, UT has annually been awarded about 50% of state research grant funding and accounts for more than half of Estonia’s annual research output (3000 scientific publications, 100 doctoral defences).

Main Task within the EU-SysFlex project

UT brings to the EU-SysFlex consortium the unique viewpoint of energy systems research issues in a
small, Central and Eastern European (CEE) New Member State (NMS), contributing a real firsthand
perspective at a time when relevant issues are debated publicly: de-connection from the Russian
electricity system, integration into the European electricity market, long-term security of supply and
energy security. As a participant in EU-SysFlex, UT can contribute in the decision making process for
energy systems developments being considered regionally. Participation of UT and Estonian TSO
Elering in this project enhances academic-industrial collaboration and is an example of an
interdisciplinary initiative for energy research and education. UT, with competence in energy
economics, energy market design, market-based and distributed optimization, will assist in the
development and application of the proposed energy models. The UT team has expertise in energy
engineering, market design and optimization, analysis and application of market behaviour, including
demand shocks, and agent-based modelling. UT is active in COST Action TD1207 “Mathematical
Optimization in the Decision Support Systems for Efficient and Robust Energy Networks”
(http://www.energy-opt.eu) UT will participate in tasks 3.1 and 3.2 in WP3, in tasks 5.1, 5.2 and 5.4,
leading the last of these. Also will give contributions to task 9.3 from WP9.

Person in charge of the project: Alan Tkaczyk