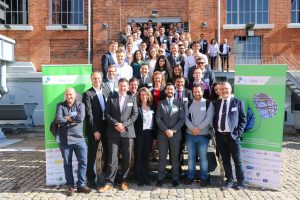 Developing the needed flexibility will require economic incentives provided by well-functioning electricity markets. The objective is to reward the right flavour of flexibility at the right time and on the right place.

The 2030 power system will be very different and complex when integrating 50% of RES. The current European power generation accounts for around 30 % of renewable energy sources (RES) which are largely based on hydroelectricity and distributed, heterogeneously across Europe. Our common target is to increase the share of RES to at least 50% by 2030, mostly thanks to variable renewables such as wind and solar, by using the best resources across the territory. This means that the system will need to operate with a large share of variable generation output largely distributed at lower voltage levels and with . Meeting the target requires a significant transition from today’s system with its well understood and secure operational processes to a system with a much higher degree of complexity.

Flexibilities by current and new players will be key to the transition. Flexibility and system services will play a key role… read more